Particularly in the US and other occidental countries, February has been celebrated as a month of romance, love, and friendship, but did you know that St. Valentine’s Day, as we know it today, holds vestiges of both Christian and ancient Roman tradition?

Since love is as ancient as our history, on this occasion we want to take a look at some old ads from Valentine’s Day. Even though there may be some pieces that failed in their purpose to communicate a love message, we are positive you will love either reminiscing or first meeting their particular style and notice how this love tradition has been an inspiring source for all kinds of industries and people through the years. 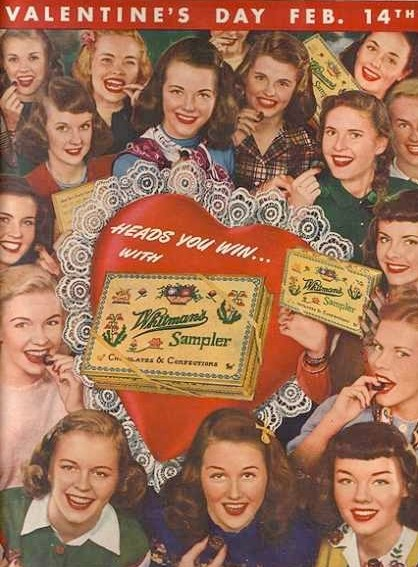 Did someone say chocolate?

Chocolate is maybe one of the most iconic gifts of this romantic season.

Nearly 2000 years ago chocolate drinks and the like were reserved only for special occasions, in addition, it has been considered a powerful aphrodisiac in addition to many other attributes that makes it one of the lovers’ favorites.

Chocolate was a true luxury – some believed it even had mystical powers.

In 1861, Cadbury Brothers released the first heart-shaped box of chocolates and marketed it for Valentine’s Day. This sparked the commercialization of the holiday and its association with chocolate. By the 1900s chocolate was already a very demanded gift for loved ones across the globe.

The Whitman’s Sampler box was released in 1912 and went on to become the best-selling box of chocolates in the US. Also a popular gift for Father’s Day, Mother’s Day, and Christmas, the Sampler is a collection of the company’s favorite candies.

I think we all have received and given chocolates once in our life. 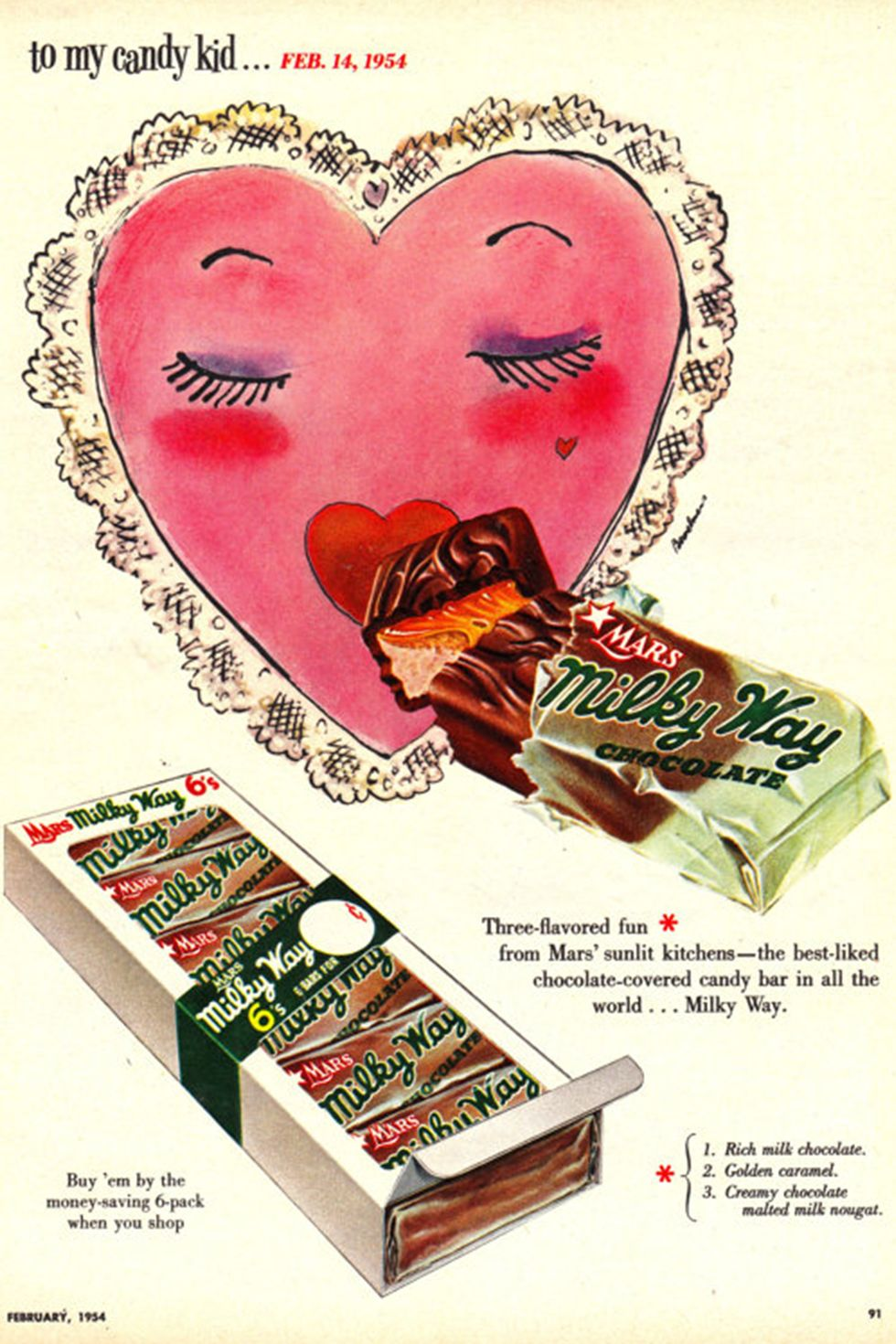 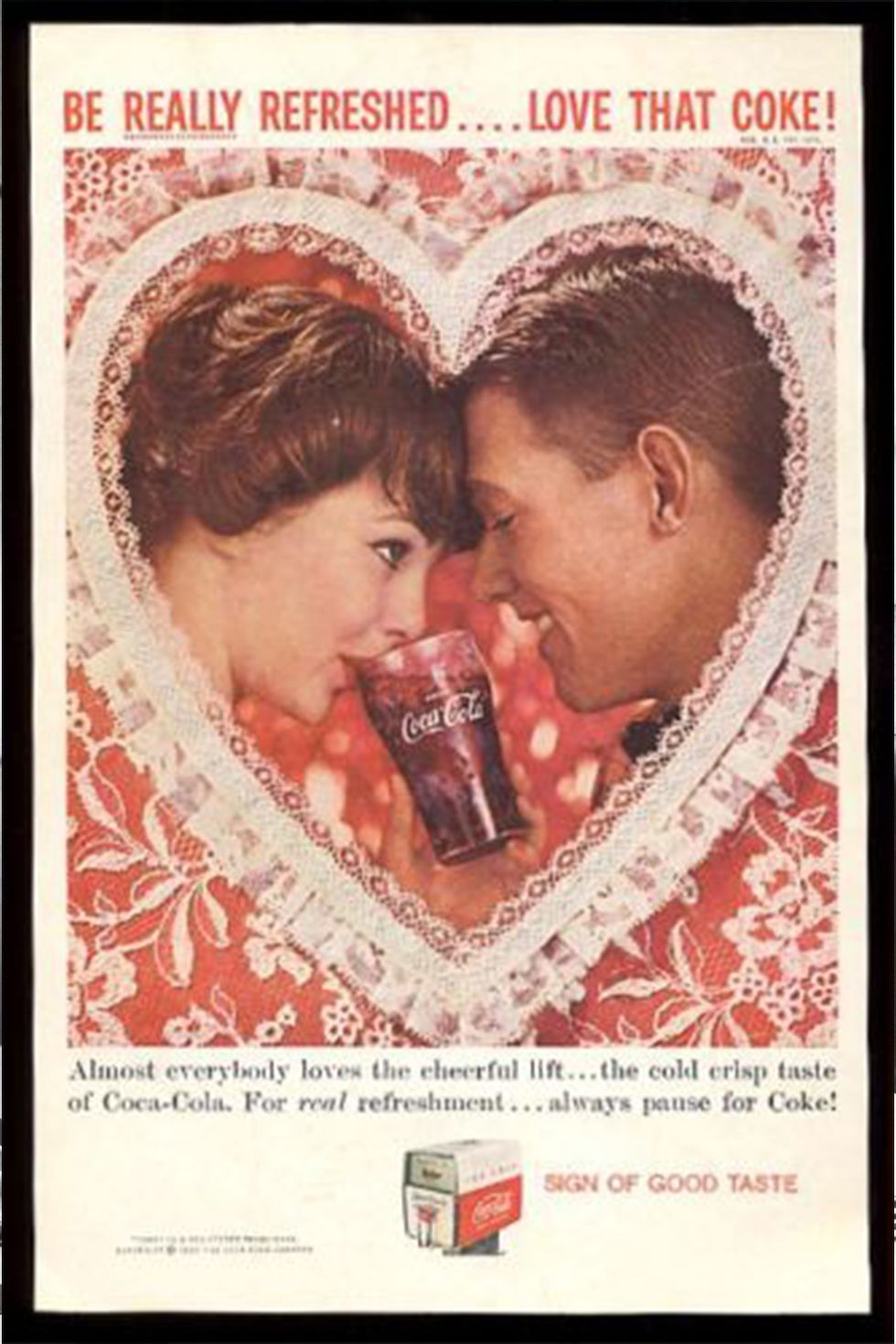 In 1959 Coca-Cola also celebrated love and showed how a soda could connect and refresh people in one shot. So to speak… Is it really possible? What do you think?

Their ads still go on nowadays and there are a good bunch of good examples for Valentine’s Day.

The fashion industry never stays behind when it comes to gifts, and this is a genuine piece of how men were invited during the 60s to buy a pretty present for their fiances, wives, or girlfriends on Valentine’s Day.

In fact, I have to admit, I love the idea of drafting the whole ad by hand. 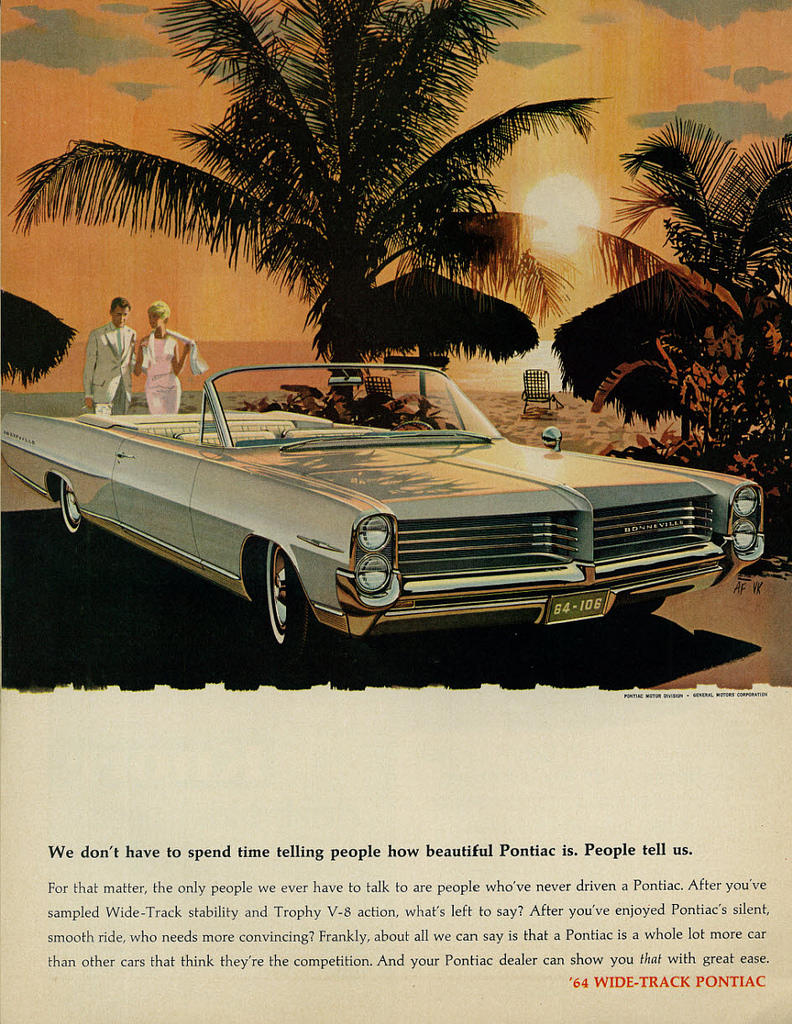 It was 1964 and the automotive industry was also very involved in the love business by using ads like this, where they showed a couple having a romantic moment with the beach behind, the breeze of it, palms, sun, and very lovely sunset covering the landscape with one of their new brand cars from that time. 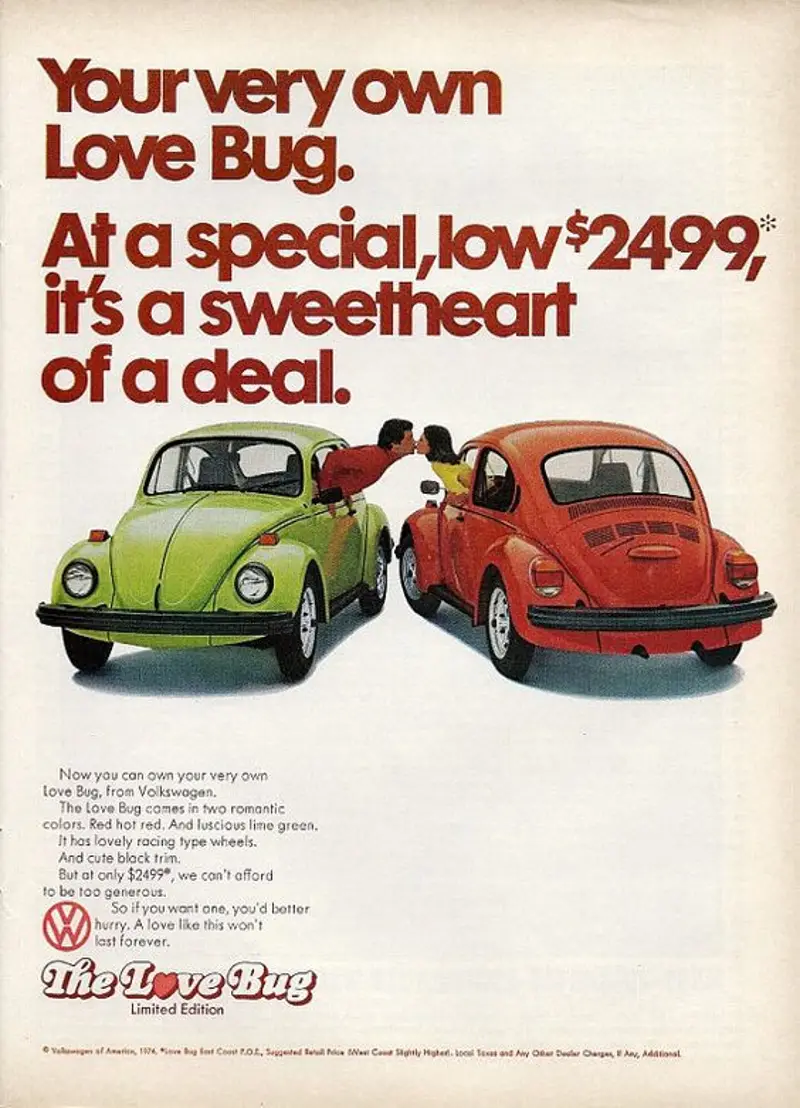 And what about a love bug? Yes, the competence in love is the same as any other industry and Volkswagen could not afford to lose a chance.

The lovers could share their love inside a compact and very intimate room within a bug. Do you still remember it? Or maybe you now know them now as the “Beetles”?

After the 60s, the world started to change the way of conveying love through the media, the 70s were characterized by lots of colors, a new era of music, fashion trends, movies, cartoons, and much more.

This fact surely influenced how ads started to evolve, and valentine’s day was not an exception.

Do you remember these emblematic love cards? If not, let me tell you that these cards were very famous during the 70s. 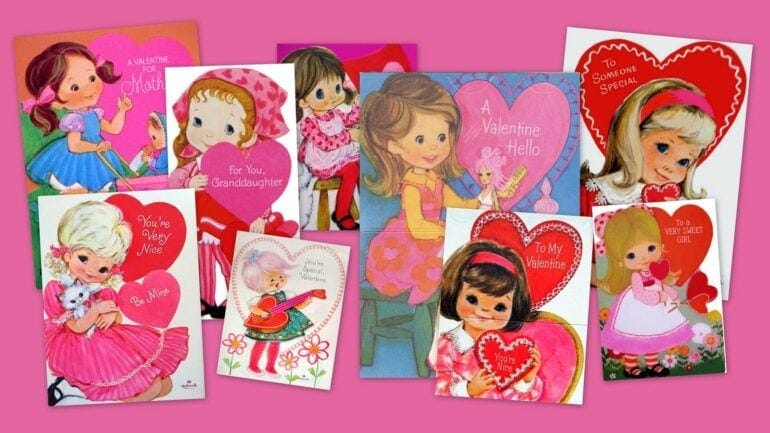 Tobacco seemed to be a huge niche for businessmen during the 70s, for many years in that decade, this industry was totally interested in promoting tobacco, and valentine’s day could also work to do so. Coffee and tobacco? 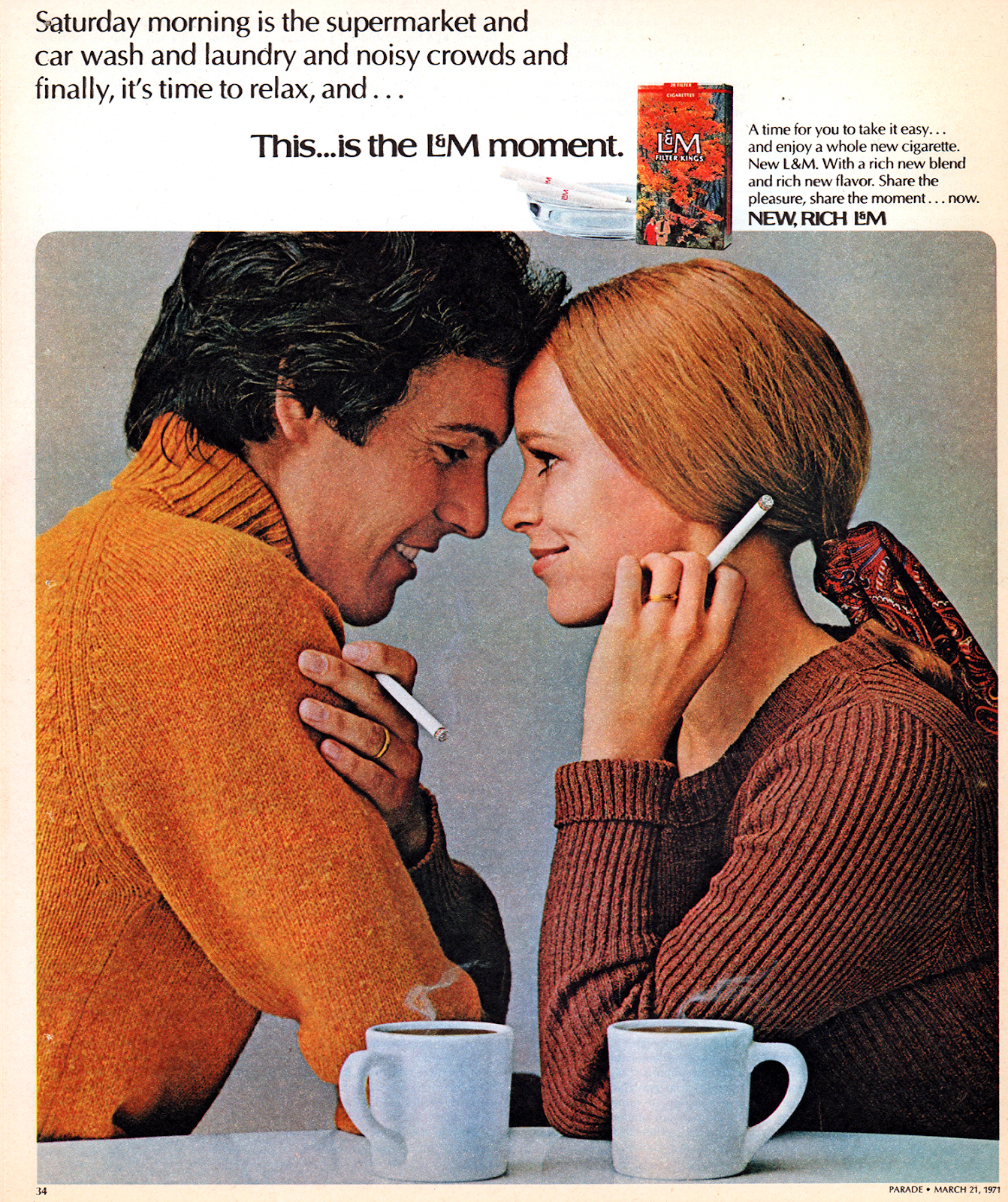 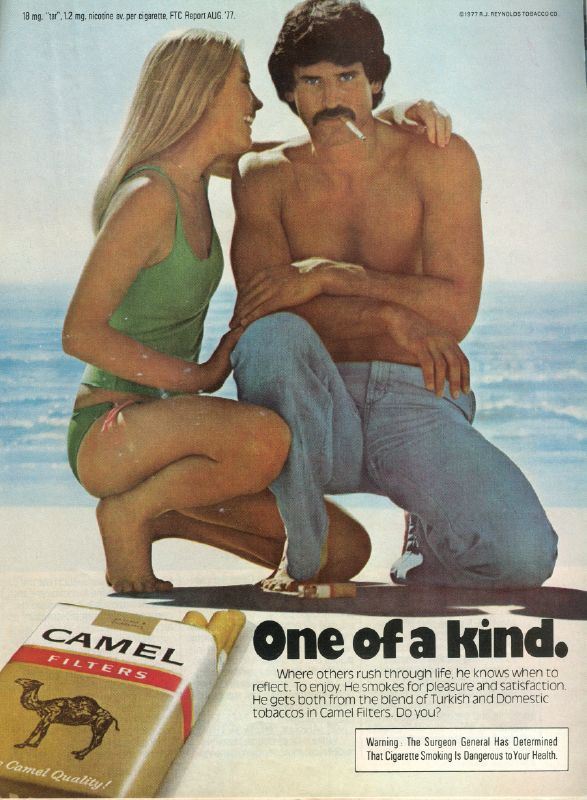 Retro and vintage colors in cosmetics were one of the everlasting fashion trends from the 70s, they left a sort of legacy for our current days, and it is easy to look back at the magazines, movies, and media overall to see that those were the actual pioneers that suggested a new and fresh way to look at the women as the main source of inspiration for valentines day. Cosmetics have been also iconic gifts and a reference of beauty that ignites the flame of love. For most women, lipsticks are a must in their purses. Are you one? 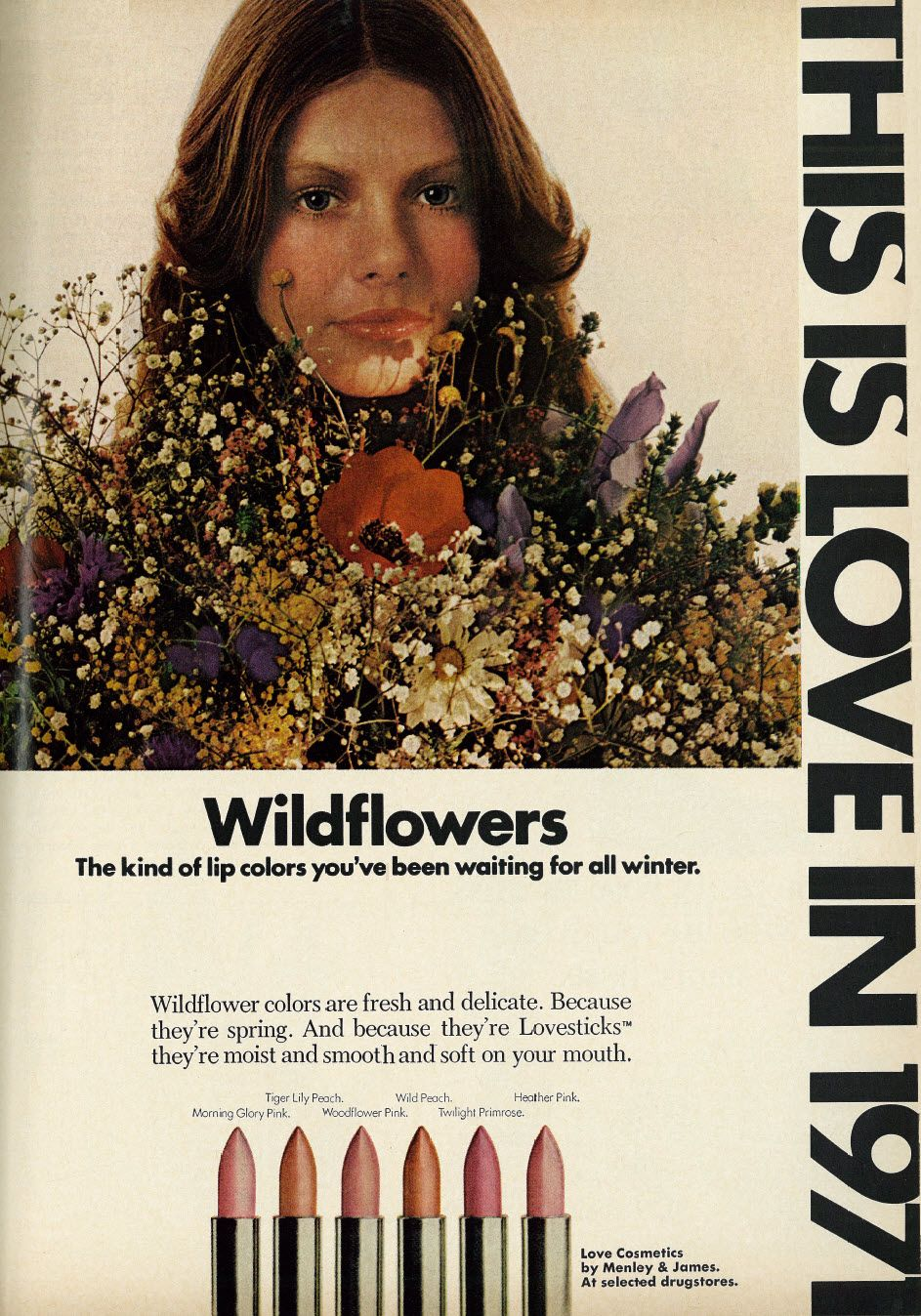 The 80s were full of revolutionary changes mostly for technological devices, we witnessed how computers became a powerful promise for the human future, and on the other side, video games also evolved by leaps and bounds throughout the decade.

Do you know “Pac-Man”? It is a very popular video game from the 80s. Atari was the company behind it and they also came up with creative ads that also could feel a bit suggestive for valentines day eve.

Do you play video games? In fact, we have written a very interesting blog about “10 ways to improve your focus and concentration” where you can learn how video games affect your cognitive abilities. Go check it out here 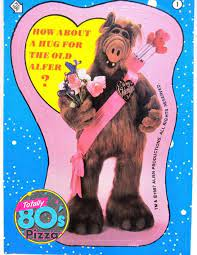 Oh, and also there were emblematic TV series and sitcoms such as “ALF”, a very popular character who first aired in 1986, and surely this lovely card gives us a good example of how was being celebrated valentine’s day during this decade. Do you know him? 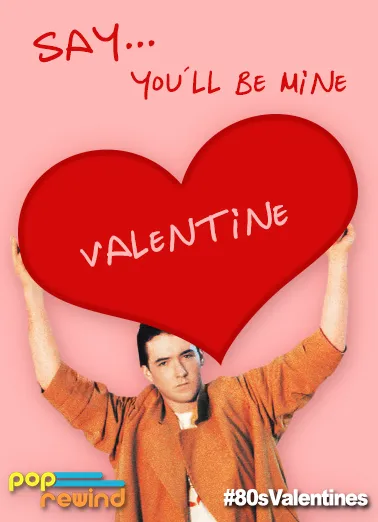 “Never gonna give you up” (I am humming). Rick Astley was one of the most famous pop icons from the 80s and after his great success with the song that I just hummed, television and radio did not lose a chance to have him appearing at every single time, and this ad is precisely the best piece we can gather from him to show what February from 1987 was looking like. 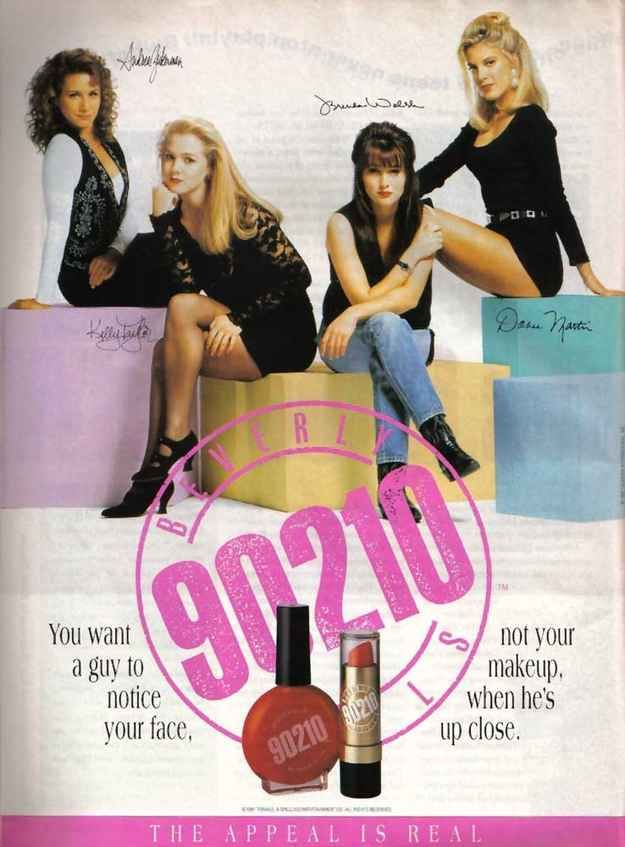 Nostalgia for those who were teens or even kids or adults during the 90s. This decade was soaked with glitters accumulated from the 70s and 80s. The decade that marked the end of an era, a century that was full of memories, trends, iconic people, disruptive technology devices, sitcoms, music, and more.

This Beverly Hills ad could bring a lot of memories to maybe more than two generations, their characters were strong influencers of fashion trends and showed a different perspective of how love was being addressed by the contemporary youth. 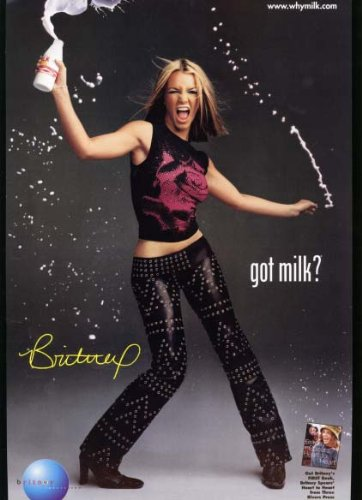 Some might recall, Got Milk was an advertising campaign created for the California Milk Processor Board in 1993, that encouraged people to drink more cow’s milk. The Got Milk ads typically featured celebrities sporting a white milk mustache along with print copy explaining the benefits of drinking milk. Several famous actors, musicians, and athletes have appeared in Got Milk ads. 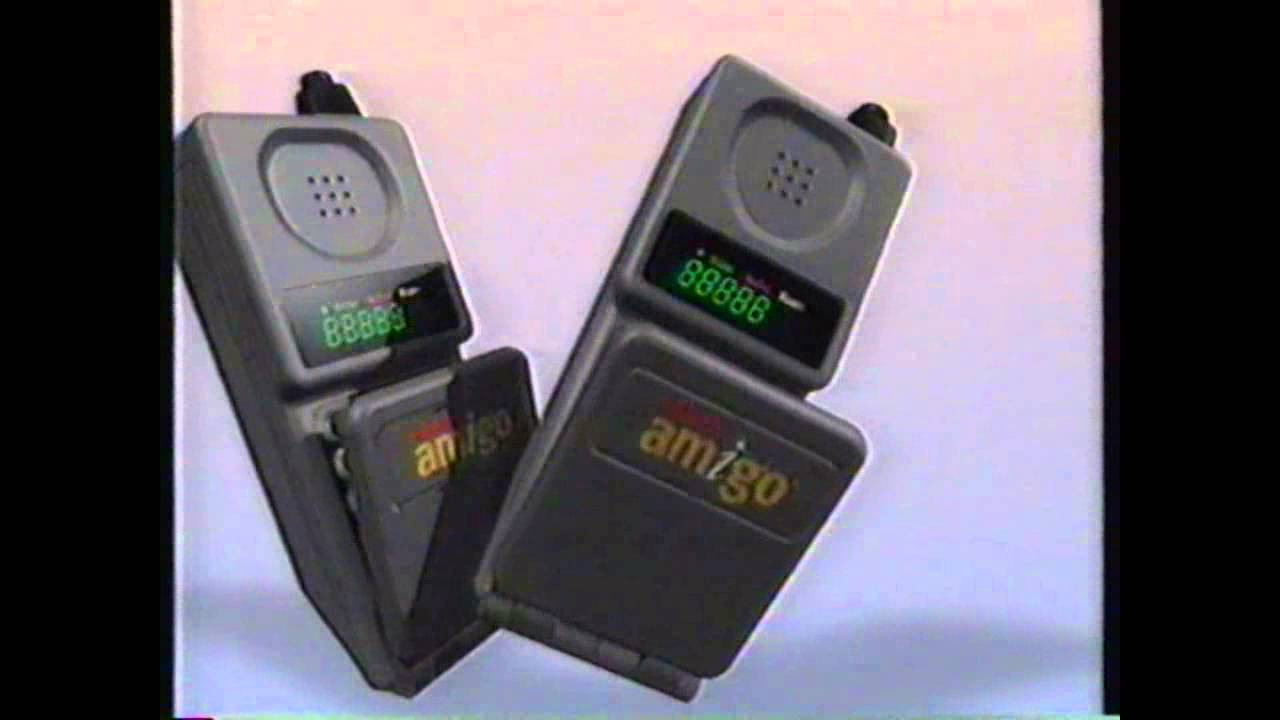 Have you seen a couple of cell phones dancing the tango?

Well, it was 1996 when this odd-add appeared on tv promoting the Motorola new model for lovers, oh, and they even give a dozen of roses if you signed up before February 12th. Such an offer!

And now who is your Valentine?

Without a doubt, love has inspired dozens of generations throughout history, and love has been the best excuse to show how deeply we are able to love, imagine, create and build our dreams.

Here at Knit Marketing, we celebrate this 14th of February with our loved ones. Creating and helping with ideas for our business partners and friends.

Remember that every day is another new chance to say “I love you” to that special person, to our parents, our sons, our friends, and partners, but also, and not less important, love is implicit in all the little big details. Sometimes we forget that love is also there at dawn when we wake up, at a  sunset, or when we have dinner with our family, a lot of moments are full of love without even noticing it.

Do you have a good old ad that could be included here? please share it through our social media. We will love to see it.

Be sure to subscribe to our blog, podcast, and newsletter to stay up-to-date on marketing tips, education-related news, youth topics, and general life stuff!